The Young Lions Fiction award nominees have been named:

I bring this up because I was impressed with Ron Currie's book that I blogged about last June: http://reednext.blogspot.com/search?q=ron+currie. In my post, I said I believed there was some residual grad school-ness about the book and someone commented "Dude, Ron didn't go to grad school!" Loved that.

Though I haven't read any of the other books, I've heard good things about Litman's and Mengestu's books.

The award ceremony will take place on 4/28/08 and the winner gets $10,000. Oddly, actor Ethan Hawke was a co-founder of the award. While I think it's a wonderful thing and he should be commended, something about Hawke makes me ill.

Independent booksellers pick their books of the year

A bunch of great reads and a few surprises as the American Booksellers Association names the Book Sense 2008 Book of the Year winners and runners-up in four categories (Fiction, Non-fiction, Children's Lit and Children's Illustrated):

Most of these are bestsellers already but this will give them all a boost. I'm pleased to say more than a few of the winners and runners-up were written up on this very blog.

I'm hoping Hosseini will be able to attend the June awards ceremony at Book Expo America at the LA Convention Center. I'll be at the reception and would love to hear him speak.
Posted by Reed Next at 7:37 AM 0 comments

No. 1 Ladies Detective Agency on HBO 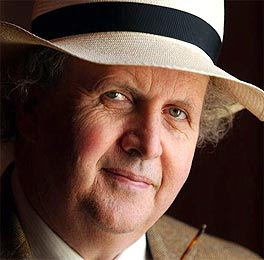 Though I haven't read the last two or three books in the series, I did enjoy the adventures of Precious Ramotswe by Alexander McCall Smith so I was pleased to hear that the series is being adapted for television by HBO. If they can keep the same light touch, charm and warmth found in the books, I believe it will be a success.

This from Shelf Awareness:

HBO has reached agreement "with the Weinstein Co., the BBC and filmmakers Anthony Minghella and Richard Curtis for a drama skein based on Alexander McCall Smith's popular book series The No. 1 Ladies' Detective Agency," Variety reported.

A two-hour pilot was recently completed in Botswana, and HBO hopes to launch the series early next year.

"Particularly fascinating to me was working and filming in an African country where old and new are currently coexisting," said Minghella, "where traditional values have not yet been eroded by the demands and efficiencies and neuroses of the modern. It was a privilege to be working on a film which celebrates what we can learn from Africa, and not what we think we can teach it."

Here's a link to the Hollywood Reporter w/ a little more info:

The Beatles Off the Record by Keith Badman 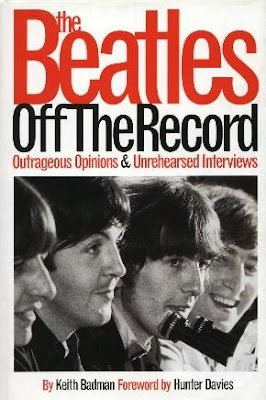 This is one of those clip job collections, a massive gathering of interviews and interview excerpts from all over the place and put into chronological order from 1960 to 1970 and so runs the gamut from recollections of a pre-Beatles world to the unprecedented rise and subsequent stardom to the break-up. Informative and entertaining, though at times a little redundant, for the Beatles fan. At 400+ pages, you'd think there was little more to say but I've just begun the second volume, The Beatles: The Dream Is Over which clocks in at over 500 pages. Yoy!
Posted by Reed Next at 7:59 AM 0 comments

Edited by Pete Dunne, this is a collection of short essays from 50 of the top birding experts in the country, including David Sibley, Tim Gallagher, Kenn Kaufman and the Stokes. There are some great tips and some completely average tips but this would make a good gift for someone you know who's new to birding or for whom you aren't sure what to buy. As for good birders not wearing white, well, it all depends.
Posted by Reed Next at 11:26 AM 0 comments