The Anarchists' Convention by John Sayles 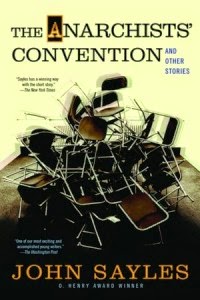 John Sayles has made a couple of my favorite films. Eight Men Out is in my top 5 baseball movies and I believe Matewan is criminally underseen. It's not even on Netflix. Should you get the opportunity, watch it.

What I didn't know was his literary history. As a bookseller, I remember Los Gusanos from 1991 but I had no idea he was publishing as far back as 1975 and winning O. Henry awards shortly afterward. His novel, Union Dues, was a finalist for the National Book Award in 1978. After that, it appears he threw himself into film and as we know, that worked out pretty damned well.

I came to this collection by way of the marvelous radio program, and one of my essential podcasts, Selected Shorts. Earlier this year, an episode aired that featured Jerry Stiller reading the title story before a live audience. It couldn't have been more perfect and I have listened to it over and over since. Stiller was just the right actor to read the story and the story knocked me over so I wanted to see what the rest of the stories in the collection were like.

While I think the title story remains my favorite, the rest are rich with troubled characters, loneliness, and black humor. About a third of the book features stories with a young seeker named Brian McNeil who is going wherever the wind blows him. Some work well while others lack bite. Another is a moving story set in a bowling alley called 7-10 Split. The last story, I-80 Nebraska, m.490-m.205, found its way into Best American Short Stories in 1980.

If you are a fan of the films, you would be wise to read his writings. Smart guy, great characters, terrific dialogue--just what you would expect from John Sayles.

Here's a link to the show if you'd like to hear it:
http://www.selectedshorts.org/2014/01/eccentrics-with-guest-host-stephen-colbert/ 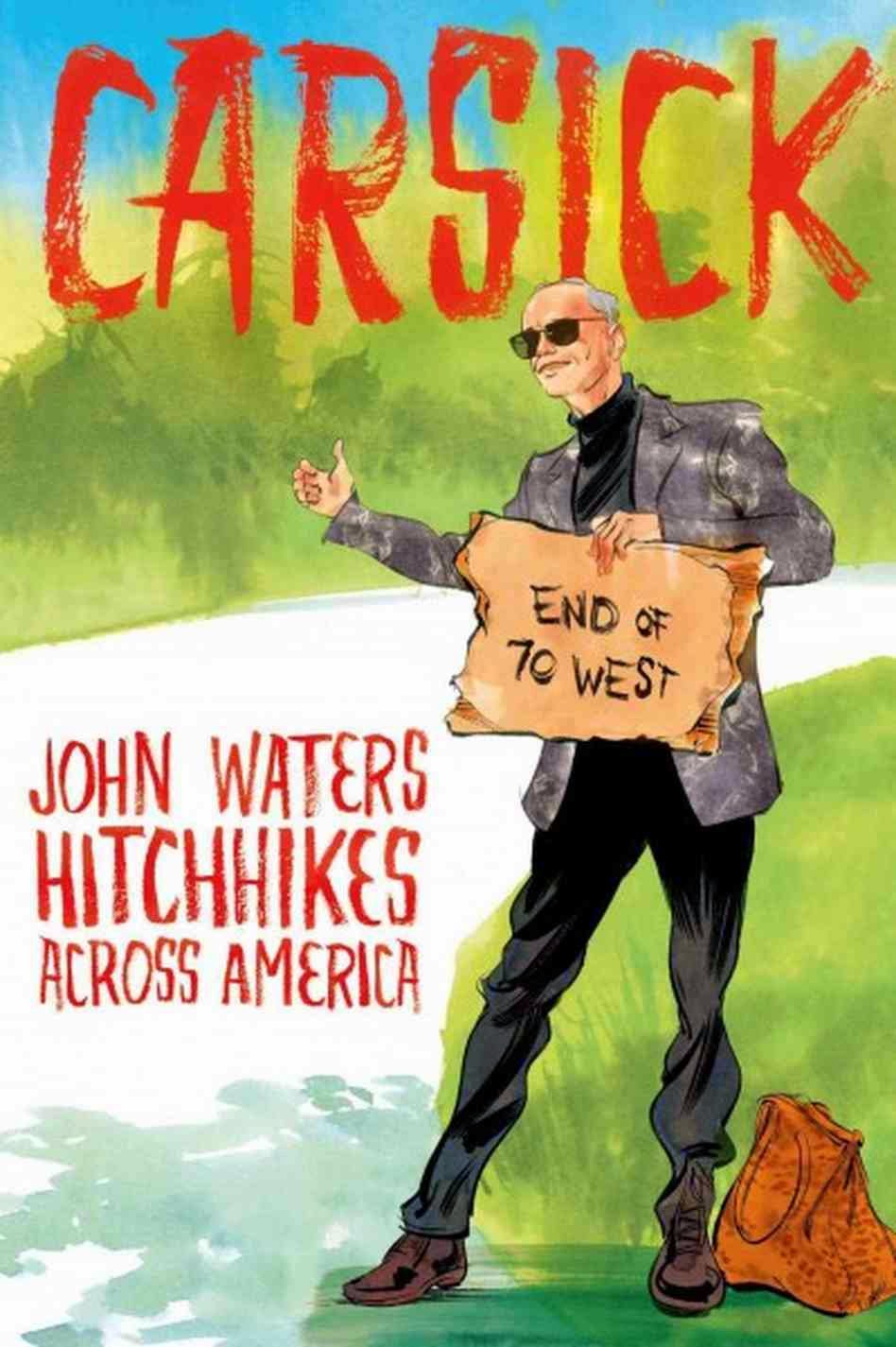 At a college fair our junior year of high school, I met Rocky and we became fast friends. We were both weirdos at our respective high schools and you know what happens when weirdos meet.

Rocky has always been more thoughtful than me and throughout the years, he has peppered the post with trinkets and tchotchkes, all of which catch me by surprise and unfailingly make my day.

In early December 1987, I received the gift of a book from Rocky, a copy of Crackpot by John Waters. I had read a few of these pieces in Rolling Stone (back when it was still vital) and devoured the collection. His piece "Ladies and Gentlemen...the Nicest Kids in Town" was the basis for Hairspray. His twin commentaries, "Puff Piece (101 Things I Love)" and "Hatchet Piece (101 Things I Hate)", are still two of my favorites and I've turned back to the book again and again over the years.

On the title page, Rocky inscribed "A gift by the King of Sleaze from one Prince of Sleaze to another. Enjoy the madness. Love, Rocky". We weren't sleazy in the traditional sense. For the most part, we were nice, small-town boys, but our interests lay well beyond our hometown. Ours was the sleaze of the Ramones, Rocky Horror, and old black and white movies. While Freddy Krueger was grossing millions that year, we preferred Tommy Udo from Kiss of Death, who was forty years Freddy's senior.

Somehow over these thirty years, Rocky has come to know John Waters a bit. They have dined together and Rocky has been invited to the infamous John Waters Christmas party. How a small-town "prince" has managed this has made me marvel but it also makes me incredibly happy. More selfishly, by Rocky knowing John (can I call you John, John?), it places me a mere degree away from Waters and I pretend as I read his books (and I always read his books) that I know him a bit, too.

Carsick is Waters' latest and it is great fun. The premise is simple: he will hitchhike across the United States "from my Baltimore house to the door of my San Francisco apartment building" primarily by way of Interstate 70. He keeps his trip a secret from the media and attempts not to use his celebrity to hasten the trip though that is often undone by the fact that he is a celebrity and a recognizable one, at that. And just to make it more interesting, Waters breaks the book into three parts: two are fictional and the last, the truth.

Part one, The Best That Could Happen, is what Waters imagines his dream rides would be like. In this section, he encounters freaks aplenty but they are kind, respectful, and ultimately good-hearted freaks like Lucas, a handsome demolition derby driver, a pair of millionaire potheads who offer to finance Waters' next movie, a trucker hauling a load of candy and appropriately named Gumdrop, ex-porn stars, even Edith Massey who starred alongside Divine in Polyester. For Waters, it is one fever dream ride of fun from one car to the next as he wends his way cross country.

Part two, The Worst That Could Happen, is just that. The freaks are freakier, uglier, and downright mean and, to be honest, this is where I thought the book dragged. I am by no means squeamish but I found the bad rides so sadistically over the top that it sucked out the fun. Perhaps this was by design but going back to the two essays from Crackpot (Hatchet Piece and Puff Piece) reminded me that Waters could pull off this good v. bad device with ease without making the reader want to scrub their brain with Clorox and a toilet brush until all the convolutions are flattened like a a stick of taffy.

Fortunately, the book is righted by the true account of the journey. Waters finds rides from very average folks, especially as he traverses the vast Midwest. Some recognize him and some don't but he writes with lavish praise and finds how generous people can be. For all his life experience (the man had never been in a Wal-Mart before!), he encounters people and situations he might be quick to judge in other situations but comes to appreciate the simplicity of kindness. As he says at the very end of the acknowledgements, "If I ever hear another elitist jerk use the term flyover people, I'll punch him in the mouth."

Some might read my post and think Waters has gone soft in his sixties, that his meanderings have made him mawkish and if that's the case, I have done the book a disservice. While Waters will forever be known for his outrageousness and his utter delight in the tacky and wacky, if one follows his career, it is easy to see that he has simply opened himself up. The 1970's John Waters would likely have driven through the Midwest pointing fingers at the townies and yokels because they were "townies and yokels". Back then the chasm of differences between them and himself was wide. At sixty-six, he can see the differences have shrunk considerably in the intervening years and that there are only a few lessons to be learned:
You're either a good person or you're not.
It doesn't take much work to be kind.
Show people what they mean to you.
We are all bound together.

Thirty years ago, when Rocky and I met, the world was a bigger place, especially to a couple of small-town weirdos. It isn't any longer but the basics are still the same and mean more to me now than ever. John Waters gets it. I hope you do, too. 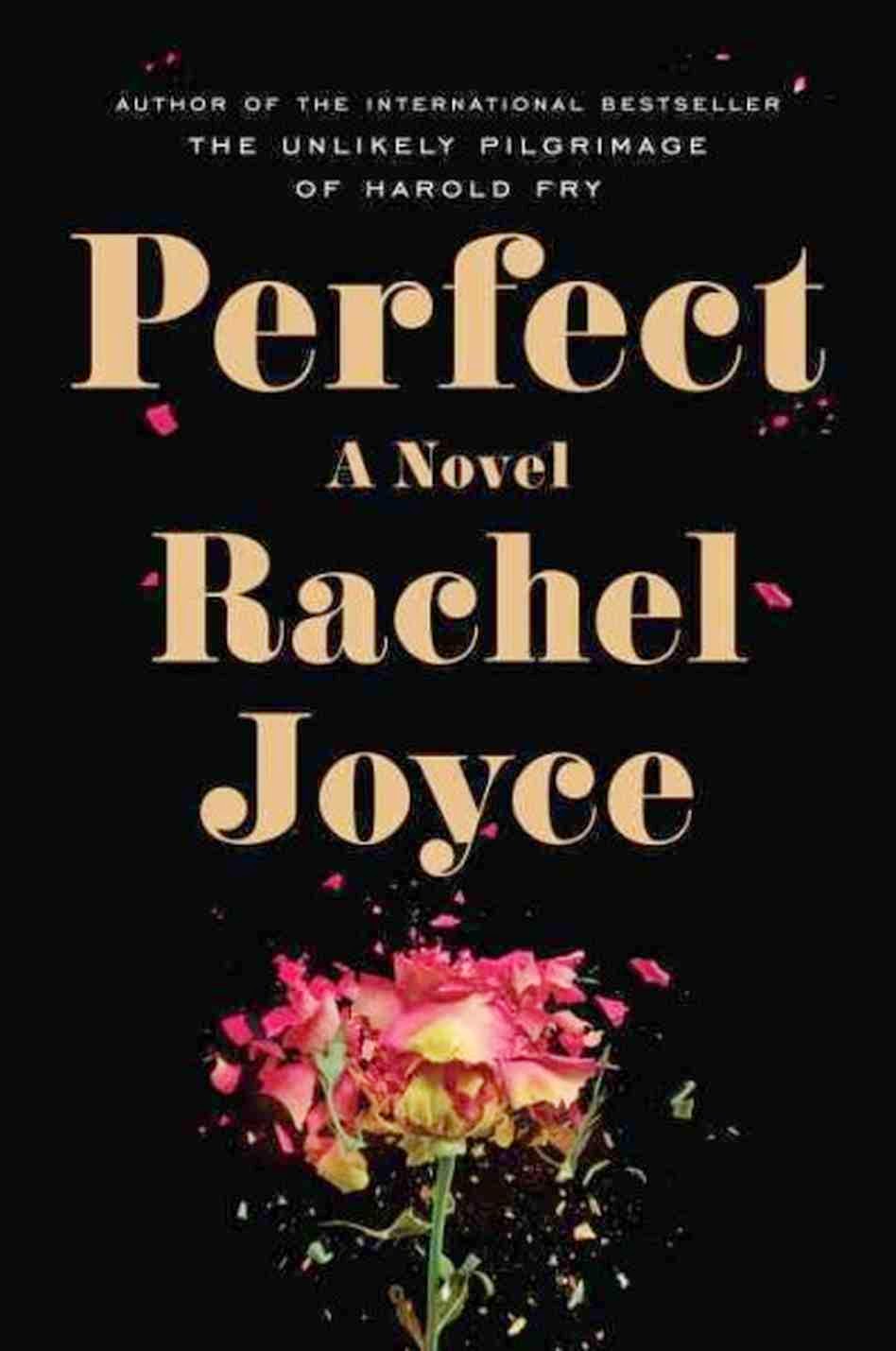 All it takes are two seconds for everything to change forever in the second novel from Rachel Joyce whose debut, The Unlikely Pilgrimage of Harold Fry, was one of my favorites of the last few years.

In 1972, it was necessary to add two seconds to the world atomic clock to make it more accurate and eleven year-old Byron and his classmate, James, privileged English schoolboys both, become fascinated with the concept. Byron lives on a country estate with his little sister and his lovely mother, Diana. She is the Perfect of the title and the centerpiece of the book. Byron's strict father, Seymour, works in finance in London. He only visits on weekends but his stern, demanding presence is felt even in his absence.

The two seconds come into play when Diana drives the children to school on a foggy morning and goes through a "bad" neighborhood. Just as Byron believes he sees the hands on his watch go back two seconds, Diana may or may not have hit a little girl on her bicycle. Byron is certain she has and becomes obsessed with trying to protect Diana.

There is also a second, present-day narrative that takes place alongside the Byron and Diana storyline. It is the story of Jim, who at 16 was committed to a mental hospital where he spent most of his life. However, when it closed, Jim was released to fend for himself, something of which he is barely capable. Now in his 50's, he is held prisoner by his own OCD and works wiping down tables in an unpopular cafe and living in a camper van.

Does this all sound like a lot to take in? It is and I haven't even gotten to the meat of the Diana storyline and it gets as meaty as a butcher's shop. So if there's one problem with the book, it's that it can be a little hard to follow. But here's the kicker: it pays off. Stay with it. Be rewarded. Thank me later.

I say Rachel Joyce is two for two and has avoided the dreaded sophomore slump.
Posted by Reed Next at 3:44 PM 0 comments