It's been over a month since Lewis Nordan passed away.  In that time, I've reread Wolf Whistle, his most acclaimed novel, and some of the shorter works, and I've thought a great deal about what his work has meant to me. 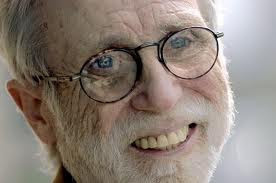 When I was a boy bookseller, Nordan's work hit me like a train, with its outlandish heroes and villains, the decidedly oddball humor, the deep love his characters seemed to have for one another, and his descriptions of the Mississippi swamps, a symbol of both fecundity and decay, near the mythical town of Arrow Catcher, Mississippi.  My introduction to his work was an advance copy of The Sharpshooter Blues.  After devouring it and all the other titles the store had on hand, I was on the Nordan bus (likely, a short bus) for life.

Handselling it to anyone and everyone was a pleasure.  Because of the outright wackiness of the characters, I could tell customers, "If you're only going to read one book this year about a one-armed llama farmer, make it Lightning Song.  You must meet Swami Don" or "Tired of all those other books with hydrocephalic lead characters?  You gotta read Sharpshooter Blues" or even "Ever go chicken fishing?  Sugar Mecklin can teach you how".  It was as though I was introducing them to people they simply had to meet and I knew once they'd met Swami Don or Hydro or Sugar, they'd be hooked. Eventually, doing so caught the eye of Nordan's publisher, Algonquin Books of Chapel Hill.

One afternoon, I found a message asking me to call the head of marketing, Ina Stern.  "Uh oh." I thought.  "Have I done something wrong?"  When I got through to her, I was surprised to find she just wanted to thank me for handselling so many copies in the store and then we proceeded to talk about Lewis Nordan, whom she called Buddy, as did everyone who actually knew him, for almost an hour.  I thought, "This is so great!  The publisher wanted to THANK me.  And I'm on the clock!"  That conversation began a long friendship with Ina, Craig Popelars (who wrote a lovely memorial for the author here: http://goo.gl/pOBYo) and others at Algonquin, a house that has managed to publish more hits over the last 15 years than any other house its size and whose list rivals any of the Big Six.  When I read of Nordan's death, the first thing I did was fire off condolences to Ina and Craig.

Nordan's novels, short stories and his memoir aren't for everyone.  Some find it just a bit too much and if that's what you come away with, fine, but for me there is something more.  Amidst all the strange and wonderful characters, there is a decided humanity and great depth of feeling.  For all their considerable peccadilloes, the citizens of Arrow Catcher really are just plain folks.  They live and love and feel and fret.  They make bad decisions and have regrets but they seem to want what we all want: to be part of a community, to have friendships, to love and to be loved.  It doesn't matter if you're a hydrocephalic man-child, a member of the all-girl football team, or the Prince of Darkness (he's the local mortician), there is love to be had and therefore, there is reason to live.  Somehow, his characters always manage to find a way to tell the people they love just how much they love them; we should all be so lucky.  As the narrator says in one story, "...I was my father's child and the child of this strange southern geography.  I was beautiful, and also wise and sad and somehow doomed with joy".   To me, this single sentence might encapsulate and epitomize Nordan's entire body of work.

I never got to meet Mr. Nordan.  He never toured near my store.  He never made the trip to BookExpo.  He lived and taught in my beloved Pittsburgh.  He published only one more book, his memoir, Boy With Loaded Gun.  He got sick and stayed sick for an awfully long time, before he passed in April.  I never got to call him Buddy but I feel as though I have lost someone sort of close to me and, with him, all those folks in Arrow Catcher.  Still, I'll take the liberty.  Thanks for everything, Buddy.
Posted by Reed Next at 3:01 PM 0 comments

Of Bookmarks, Brothers, and BAD (with an Office Girl and a Swamp thrown in for giggles) 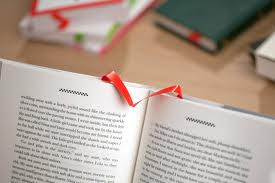 I got my Albatros bookmarks the other day and I'm digging using them.  It really may be a better bookmark, simple, elegant, and clever.  I would prefer they were re-usable.  We live in the golden age of adhesives so I can only guess this is a simple adjustment to make.

Karen Russell won the New York Public Library Young Lions award for Swamplandia!  The award is for American authors under the age of 35 who show promise.  She was a finalist for her previous collection St. Lucy's Home for Girls Raised by Wolves.  As if I haven't pimped her enough on this blog, I strongly encourage you to read her work. 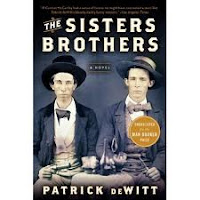 The Sisters Brothers by Patrick DeWitt is out in paperback and continues to rack up awards, especially in his native Canada.  The new cover isn't nearly as enthralling as the original and whoever decided there was need to change it should be taken out and horsewhipped.  However it's what's between the covers that counts.

Joe Meno's upcoming Office Girl is a winner.  I'll post more about it closer to its July pub date but be on the lookout for this one from those cool cats at Akashic Books. 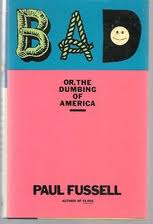 Paul Fussell passed away yesterday at the age of 88.  A cultural critic with a sharp eye and an acid tongue, his book BAD or the Dumbing of America had a strong grip on me when I read it 20 years ago. I'm re-reading it now and find he is still dead on the money.  I can only imagine what he must have thought about the ubiquity of the Internet and cell phones, reality TV and the demise of empathy, honor and shame in American culture today.  Was he ahead of his time or have we as a society just gotten worse?
Posted by Reed Next at 10:18 AM 0 comments

Me, The Mob, And The Music: One Helluva Ride with Tommy James and the Shondells 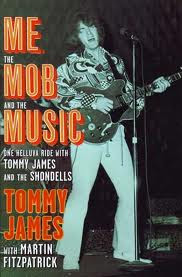 Admit it.  You can name three or four Tommy James tunes off the top of your head.  How about these: Crimson and Clover, Crystal Blue Persuasion and I Think We're Alone Now.  All great pop songs. All number one records.  All memorable.  All embedded in our ears.  And that's without mentioning Mony, Mony, Hanky Panky, Draggin' the Line or a mess of other singles that charted high.


Let me say, right off the bat, I'm not some secret Tommy James freak who has been waiting all my life for this memoir.  In fact, I doubt only the true Tommy James freak, of which there must be some somewhere, have been waiting all their lives for this memoir.  Still, when I saw this was being published, it made me think about Tommy James and the Shondells and their place in the scheme of rock 'n' roll.  What was it like for a lightweight hitmaker like Tommy James to hit it big while the Beatles, the Stones, Jimi Hendrix, and other more influential musicians were at the height of their popularity and creative output?  Hoping for an answer to that question made me want to read this memoir.

So there's the "Me" and the "Music" of the title.  What of "the Mob"?  Ah, yes, the story of Roulette Records, the baby of Morris Levy, a notorious label chief who was so mobbed-up, he gave his bodyguards their own labels.  A guy so cutthroat, he actually cut throats.  Thing is, he knew a hit when he heard it.  Tommy James came along after a long dry spell for Roulette so Levy made him a star.  Along the way, Levy invented the cut-out and the K-Tel label as a way to double dip from his own publishing empire.  Shrewd, mean and loyal.  That was Morris Levy.

No great revelations here, of course: kid comes from nothing, makes it big, mobster screws him out of millions, too much booze, too many pills, James finds Jesus (I do wish Jesus would talk to James about his hair!  He sports a rather frightening coif these days), record label folds like a house of cards, prison, cancer, oldies circuit.  Sounding like every cliche imaginable, Me, The Mob, and The Music is a highly readable story that I couldn't put down.  Honest.

Here we have two examples of successful storytelling within the same medium, one that is usually derided as being "kid stuff" or low-brow.  Both pack a punch but in very different ways. 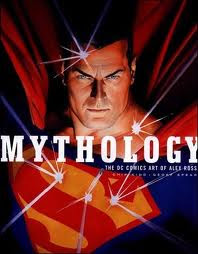 Alex Ross creates comic art like you've never seen. While you've seen images of Batman and Superman a million times during your life, often not even seeking them out, when you come across Ross' work and give it just a moment or two to seep in, it will stop you in your tracks.

Mythology provides the reader a look inside the gorgeous artwork and gives us a sense of Ross' process which ultimately gives a greater sense of the man.  Owing a debt to the great comic artists that came before him, especially Neal Adams, Ross has elevated the art form.  His process uses live models and, most surprising to me, after drawing in pencil, he paints everything.  Surprising in that most comic artists start with pencil, then hand off to an inker and then hand off to another person, a colorist, to finish things up. His use of light is one of the especially effective and distinguishing characteristics of his work.  The realism is so intense, it's almost as if Norman Rockwell was hired to draw Superman or Captain Marvel. 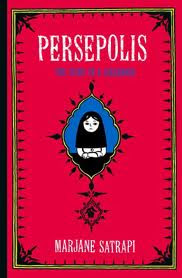 Satrapi's Persepolis is a very different book though every bit as wonderful.  Unlike Ross, Satrapi uses black and white art to tell her story of growing up in Iran before and during the Islamic Revolution that ousted the Shah and installed the theocratic government of the Ayatollah Khomeini.  It is young girl's story of feeling powerless in a world that turned the world upside down.

The honesty with which Satrapi writes is remarkable.  To show us how she could be a bratty, know-it-all adolescent, to share with us her parents real tears and fears, to shed light on the sizable population that were not Islamic radicals gives us real insight into the human issues.  All these years later, I think we assume everyone in Iran was in favor of the regime change and that now everyone is a fundamentalist and has been since the late '70's.  In Persepolis, Satrapi shows us otherwise and I am most grateful for her moving, funny, sad story.